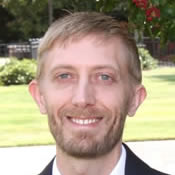 About Jesse Michel
Associate Professor and Director of I-O Program

Dr. Michel received his B.A. in Psychology and Sociology from the University of Minnesota in 2002, and his M.A. and Ph.D. in Industrial/Organizational Psychology (minor in Quantitative Methods) from Wayne State University in 2006 and 2007. Previously, he was a Post-Doctoral Research Associate and Visiting Assistant Professor at Michigan State University within the School of Human Resources and Labor Relations and an Assistant Professor in the Department of Psychology at Florida International University. Dr. Michel joined the faculty at Auburn University in 2014. His primary research interests revolve around the dynamics between work-family domains and the role of personality and individual differences in the workplace. His secondary interests include the psychological and contextual processes underlying organizational deviance and workplace aggression.