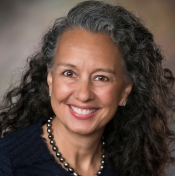 Elizabeth Brestan-Knight, PhD., is a licensed clinical psychologist and a Professor of Psychology at Auburn University, where she teaches graduate and undergraduate courses. For the past 14 years, she has worked in the direct provision of Parent-Child Interaction Therapy (PCIT) with families at the Auburn Psychological Services Center, training fellow therapists, and supervising students in PCIT. She has held two professorships at Auburn, won several awards for her teaching, and served as the department co-chair and undergraduate program director.  Dr. Brestan-Knight has authored PCIT-related chapters and articles as well as a book published by Wiley-Blackwell, A Guide to Teaching Developmental Psychology. She is the director of the Parent-Child Research Lab at Auburn where her research team evaluates PCIT training workshops, PCIT treatment fidelity, and implementation of the Dyadic Parent-Child Interaction Coding System.

Click here for an up-to-date listing of lab activities.