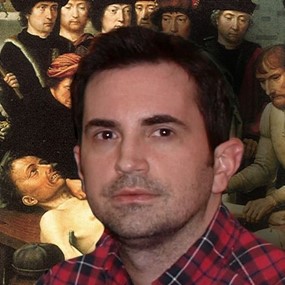 Zach Koch is an analog/digital artist and an assistant professor of drawing and digital art at Auburn University, AL. He received a BFA specializing in drawing at Southern Illinois University Edwardsville (2010) and a MFA at Indiana University Bloomington (2014) specializing in painting. In addition to these schools, he also studied with the Norwegian figure painter, Odd Nerdrum, at his farm in Norway and home in Paris, France (2012). Koch is also an active member of the art community and shows his artwork regionally, nationally, and internationally. Koch's current research and body of work explores appropriation in a digital age, where disparate visuals create personal narratives through analog and digital 2D, 3D, and 4D bodies of work.

Atmospheric obscurations, ornamental overlays, and skewed geometric perspectives are the foundation for Koch's appropriated virtual environments. Much of his work focuses on a melancholic longing for the past in a pre-9/11 American culture viewed through a lens of Romanticism. Koch's greatest effort to keep his memories of that era from fading are in digital conservation where he downloads, categorizes, and archives massive amounts of referential data. With this data, he acts as a curator and uses it to collage nostalgic narratives that speak of the past.