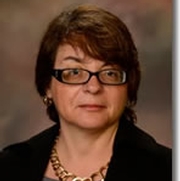 Dr. Giovanna Summerfield received her PhD from the University of Florida. She has published and presented extensively on the long eighteenth-century (1660-1830) French and Italian literature (emphasis on Sicilian writers), religious and philosophical movements, and women's studies.

During her time at Auburn she has received the CLA Engaged Scholar, 2009-2012, the Outstanding Scholarly Achievement in Women's Studies, 2009-2010, and the PETL Early Teaching Career Award, Auburn University, March 2007. She created the Taormina, Italy, Study Abroad Program in 2005, and has directed it since then with great success, providing an interdisciplinary curriculum and community engagement opportunities to all students enrolled. Dr. Summerfield was instrumental in the implementation of the Language Across the Curriculum program and the Italian government grant that awarded the Italian Studies program in the Department of Foreign Languages and Literatures, where she served as undergraduate advisor of Italian Studies and faculty advisor of the Italian Club.