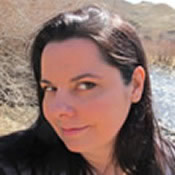 When Canadian artist Wendy DesChene graduated with an MFA in Painting from Tyler School of Art, her work immediately began to incorporate materials that would support her activist concepts. Weary of the limitations placed on art by institutions, she began to integrate the audience into her installations. The outcome was a collaborative community exhibition entitled WYSIWYG, which toured to 11 different communities, including the Art League of Houston, Minnesota State University, the Art Academy of Cincinnati, and The Henry Street Settlement in NY. Other paintings and drawing projects completed have shown at The Drawing Center New York, The Soap Factory Minnesota, and the Tomio Koyama Gallery Japan. (www.2DesChene.com) As a consequence, she was awarded a State Art Fellowship and is a two-time recipient of a Canada Council Travel Grant.

Recently the Boston Globe titled her a conceptual prankster for collaborative projects at HubWeek sponsored by Harvard and MIT. Her collaborative work with artist Jeff Schmuki called PlantBot Genetics, (www.monsantra.com) has exhibited at the Carnegie Museum of Art Pittsburgh, Martha Dialogues St Louis, The Goethe Institute Egypt, and Bach Modern Austria.  In 2014 and 2017 the collaborative team received Sustainability Grants from Georgia Southern University, which support, their explorations on environment education from an 18' cargo trailer converted into a portable off-grid art space. This project further expanded with the backing from the National Endowment of the Art,  ArtWorks grant through St. Norbert's in Wisconsin.  Recent PlantBot solo exhibitions include Wayne State University Detroit, Austin Peay University Tennessee,  Slippery Rock Pennsylvania and the Lakkos Project in Crete Greece.

Extensive lecture invitations including, Long Island University New York, MediaMatic Amsterdam,  University of West Florida,  The Figge Museum, Virginia Wesleyan University, Brigham Young Museum Utah and The Environmental Art Biennale Il Finland, have been completed. Public exhibitions and projects while artists in residence at The Hafnarborg Art Center and Museum in Iceland and the McColl Center for the Arts in Charlotte gained invitations to Landscape Laboratory at Buitenwerkplaats‏ Netherlands, the KulttuuriKauppila Art Center in Il Finland and Lakkos Art Project in Heraklion Crete Greece. As a visiting artist at the American Academy in Rome in 2010, her collaborative works grew and funding form the Pulitzer Foundation followed in 2014.

As Professor DesChene continued to critique art world structures, systems, and protocols, she found intervention the most direct route and began placing works on the street or within institutions without permission. (www.artpirate.ca) Using art liberation tactics, she has commandeered the worlds most prestigious art institutions as her studio, material, and target. Documented work form her "Unauthorized Series" exhibited in numerous international exhibitions including the Sanlun Yishu Project Beijing China, CICA Museum, Gimpo South Korea, Governors Island New York, The Ice Box Project Space Philadelphia, and the International Center for Art and Design in New Mexico. The most recent works from this extension of her practice were in the solo exhibition “Arrr…t” in Ritsumeikan Asia Pacific University in Japan.

She has also completed many international residency programs focused on her solo work, including Jentel Artist Residency Wyoming, I-Park Connecticut, Pouch Cove Canada, The Atlantic Center for the Arts Florida, Kimmel Harding Nelson Center for the Arts Nebraska, The Studios of Key West,  and the  Augustana Teaching Museum.

For the last several years she has been Alabama’s elected board member for the non-profit organization SECAC. In 2018 she received the award for Teaching Excellence from the organization and was recognized for her service learning projects with the College of Liberal Arts Outreach award.​